Back in January, the Grandview High School Health and Nutrition Instructor, Cassie Dolinar, reached out to KCCG to figure out a way to get her students more involved in gardening and to teach them more about the process of growing, harvesting, and consuming healthy vegetables straight from the garden.

KCCG’s Beanstalk Children’s Garden staff took the reigns and together with Dolinar, they came up with a garden design project where the students would work in groups with the consultation of the Beanstalk staff to design a garden bed. These designs were submitted to a committee consisting of Dolinar and Beanstalk staff members and six winners were chosen.

When Dolinar revealed the results to her classes, the winners were ecstatic. For a few of student winners, this was a new experience for them.

“A lot of these students that won aren’t involved with anything (at Grandview High School) so this gave them an opportunity to have some kind of ownership in a really awesome, positive experience at school.”
– Cassie Dolinar 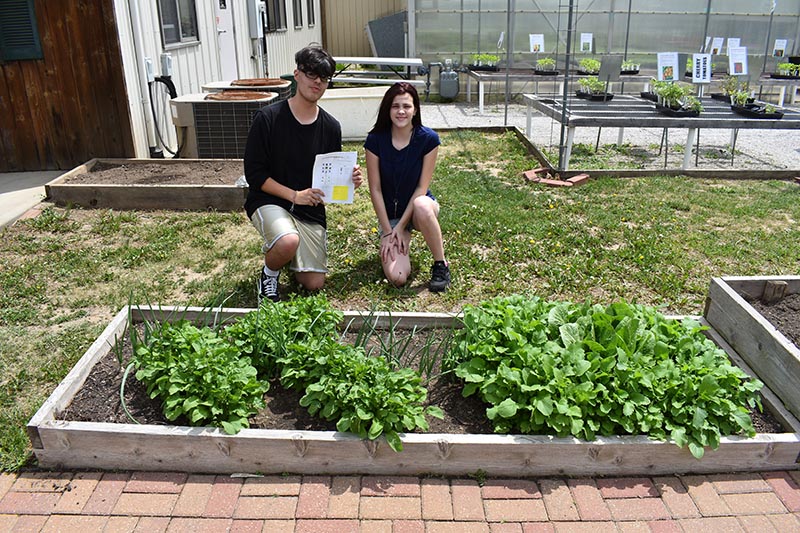 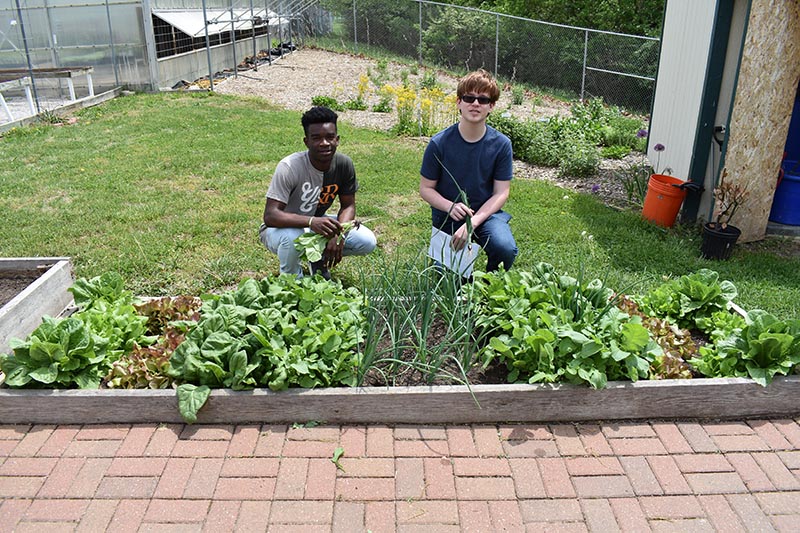 Shortly after the winners were chosen, the bed designs were put into action. The Beanstalk staff planted the six garden beds in front of KCCG’s headquarters at Swope Park and maintained them as they grew into bountiful gardens. 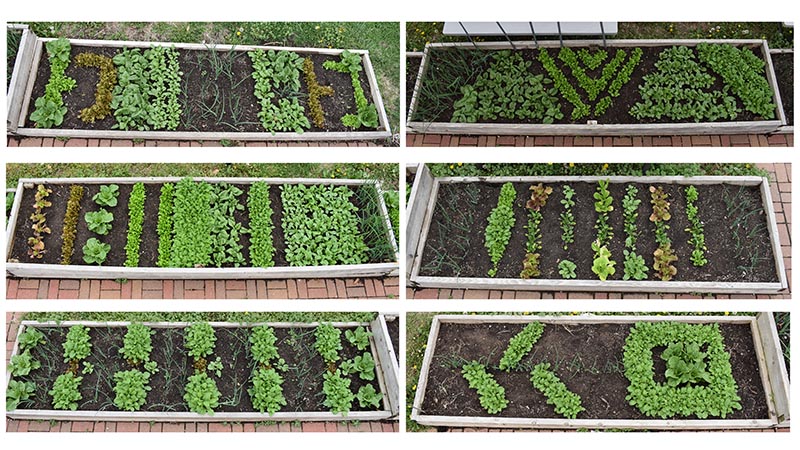 When harvest time came, Dolinar brought her classes to pick, wash, and prepare the veggies for a salad buffet for the students to eat. 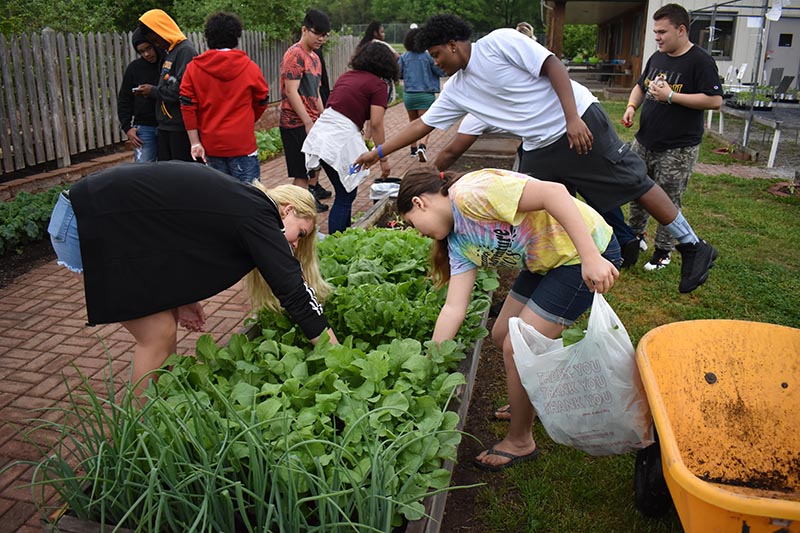 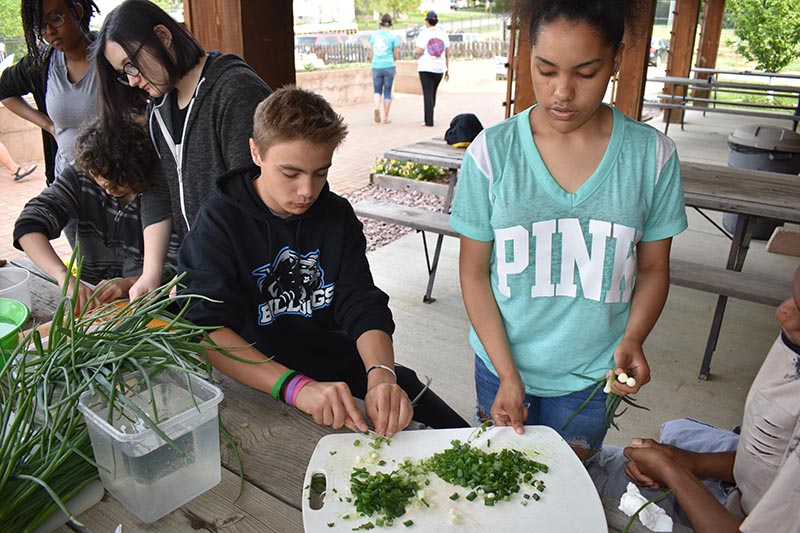 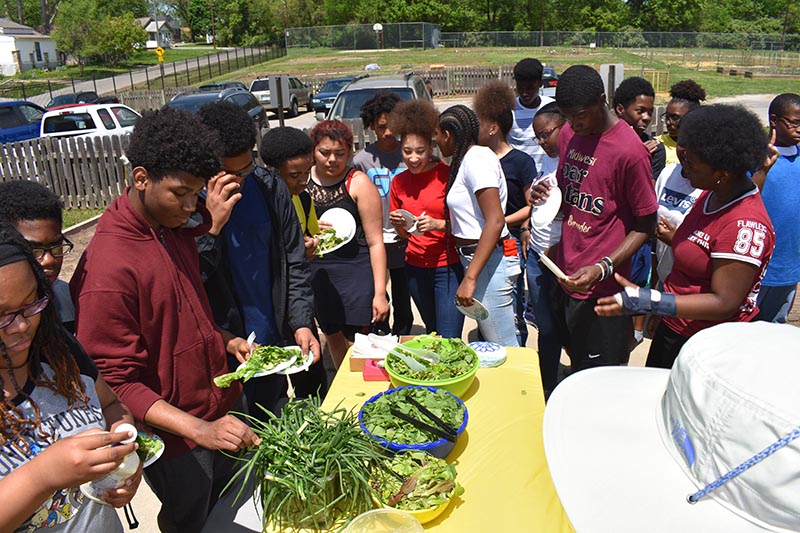 The gardens provided enough veggies for six classes (some went back for seconds and thirds) and dozens of bags of leftovers. 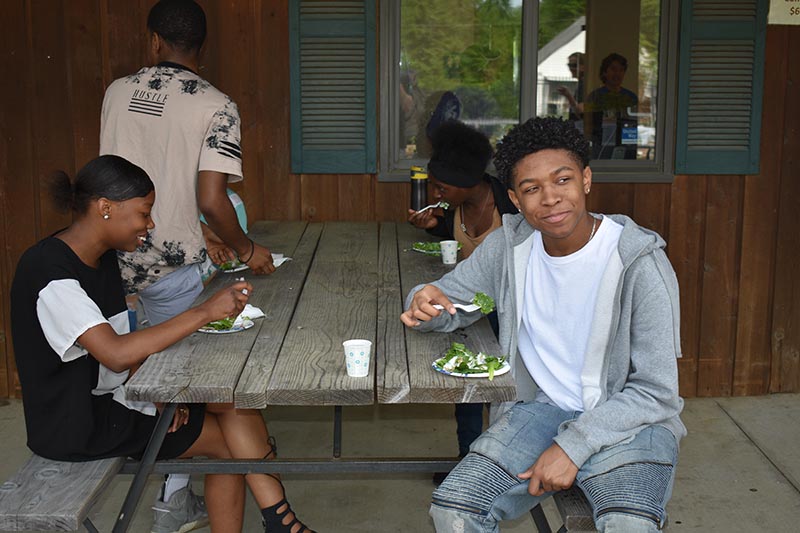 The initial plan was for the students to take the leftover veggies home but as they were about to leave, a couple of groups from the Rosedale Towers and Woods Chapel Lodge happened to be visiting KCCG. It was decided the leftovers would be donated to these food pantries, giving the students the full community garden experience. 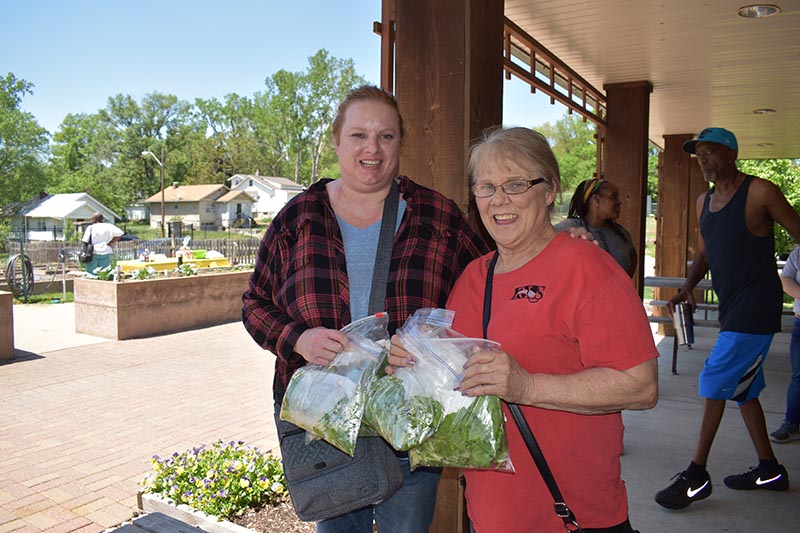 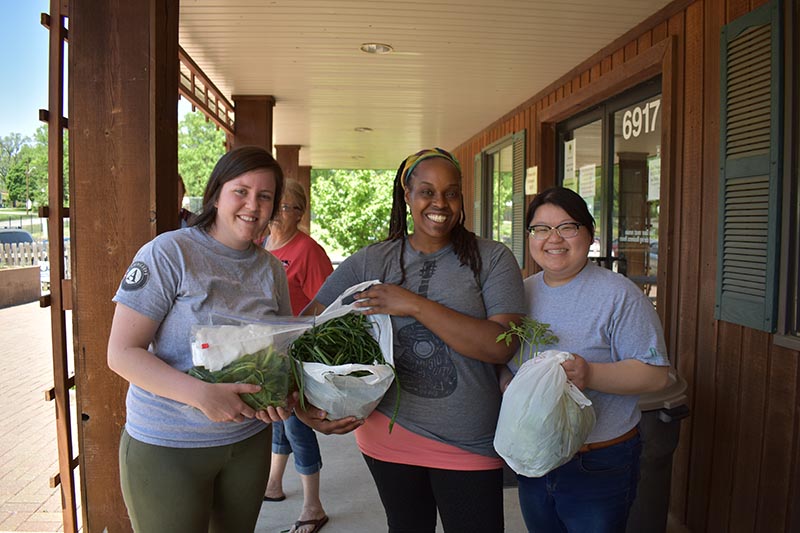 This project was such a success that it will be included next spring in the curriculum for the Grandview High School Health and Nutrition classes.